Hey, it’s Tuesday which can only mean it’s time for a tool blog! We realise that it may be starting to sound like a stuck record but we are kind of tool snobs here having been exposed to, among other brands, Hazet for so long. Many will have never heard of the brand and this is understandable but the older and more experienced motor mechanic certainly will.

The history of Hazet goes back a long long way, in fact almost 150 years ago when it was founded by Hermann Zerver. His initials donated the H and Z to the name Hazet and no less than five generations later the business is still fully in the private ownership of his family. Key to the long survival of Hazet is their commitment to doing a simple job really well. The tools and equipment that you will see in the Hazet catalogue are not designed to win the frills award though they do have a seriously purposeful look. Instead they are a careful mix of form and function with a reluctance to stray far from function. There is an attractiveness that comes from pure engineering form and one only need look at an Italian sports bike or the engine from a Formula 1 car to see that in the raw, functional design can be stunning to look at. Classic forms however become classic designs with time and examples such as the Coca Cola® bottle or the profile of the VW Beetle simply become timeless. Now having said that Hazet, an engineering firm which makes no secret that it is more committed to function than form somehow spawns such a design classic as the Assistant tool trolley. Perhaps the most endearing aesthetic features of the Assistant are in fact the most practical considerations? So how did the Assistant come to be and why the modern cult following for such an ordinary thing? Marketing of “Western German” engineering dates this one!

It seems that certain things just go hand in hand and to a large extent the popularity of the Assistant may in fact owe a debt to the classic VW. If you are an owner of a classic Beetle or a Type 2, or you are old enough to recall a relative who owned an original air cooled VW, then you may recall that the centre of the spare wheel was a tool kit. Of course manufactured for VW by none other than Hazet. You may in fact have mistaken the tool kit for a hub-cap but being so typically committed to function, Hazet simply designed the tool kit to clip onto the wheel hub like a cap. So the brands have history and this is how the cooperation started but why the Assistent trolley? It may have a lot to do with your classic VW having been assembled in the factory using Hazet tools, your current one too but that’s a different story all together. In fact, an apprentice in the VW plant or dealership would be able to avail of a scheme to populate his toolbox with the finest Hazet hand tools. If this wasn’t enough he would upon serving his whole apprenticeship have an option to buy none other than the Hazet Assistant at a special discount. The intrinsic link had been forged and to this day persists and so the air-cooled fanatics not only own these but support an industry restoring these old classics. Testament to it’s practicality and completely aside from the fashion to own restored trolleys, the Assistant is still made at the state of the art Hazet plant in Remscheid to this day though it’s part number in the Hazet catalogue has evolved a little over time. It is quite a replica for the original despite some more 21st century processes and materials being used in it’s construction. Yes, the shape has changed a little, dare I say it may even have a more distinguished middle-aged proportion but it is still as identifiable as a VW Beetle or Type 2 mini-van. It is hardly surprising then that I own a modern 162N Assistant despite never having owned an air cooled VW. It is probably less surprising also if I told you that my 162N is kept cleaner than my car and is far more organised than the insides of my office! Talk to us about Hazet, we know our stuff!

Tools are cheaper than time

Here at OTTO we stock the very best in automotive tools and for a very good reason too, we are hooked on having the right gear, its as simple as that.  We know how valuable your t... 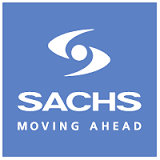